Thanks for getting in touch. I'll need some preliminary information from you on your project, so I can best help you. We can email back and forth to discuss finer points, and go from there.

Currently, there is one project opening.

Let’s talk about your project.

Stay on the Right Track Exhibit

Stay on the Right Track Exhibit

My exhibit centers around the sheer power of trains, and the force involved. I got a lot of calculations from my Brother-in-Law who is a very knowledgeable physics graduate. 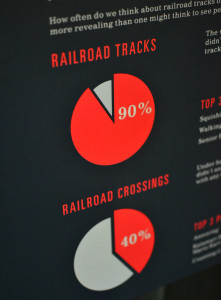 The Research and Creative Works Conference is an academic venue for students to share their original work. Modeled after the format of national meetings of professional societies, it provides students with an opportunity to communicate their progress in independent projects.

First we had to propose our project, so our instructor and University Identity Director could approve the topic and direction. In the abstract we had to demonstrate the size of our projects, and how it would function.

I constructed the frame the weekend before the conference, and set it up in the Engineering building. The next day I began assembling the posters. I carefully planned out the order beforehand, and used latex gloves to avoid finger print smudges.

Exhibit I created for the Research & Creative Works Conference at the college I attend. 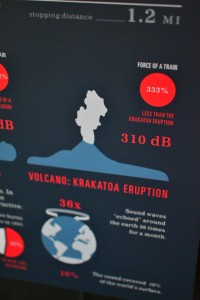 The conference was several hours long, and we were told to stay next to our work and explain it to anyone who asked. When our instructors came by we had to defend our decisions.

Since the project was located in the engineering building, there were lots of Engineering students that stopped by to look at the exhibit. I was able to get a lot of good quality feedback from my conversations with them. Some of them were impressed by the statics, and some offered suggestions on how to improve the comparisons.

There was a lot of comparative data in this project. I enlisted the help of my brother-in-law who helped me with the physics of trains. He crunched the numbers and I made it digestible. Initially he actually just sent me three full pages of equations and math that he used to figure out the force calculations. This was good, but for the Stay on the Right Track Exhibit, I needed to be able to have a firm grasp of the concepts involved to create the visuals accurately. He later “translated” the math for me so I could make the comparisons.

There was also an element of sound and how trains affect hearing. I found out some very interesting things about hearing and hearing loss. 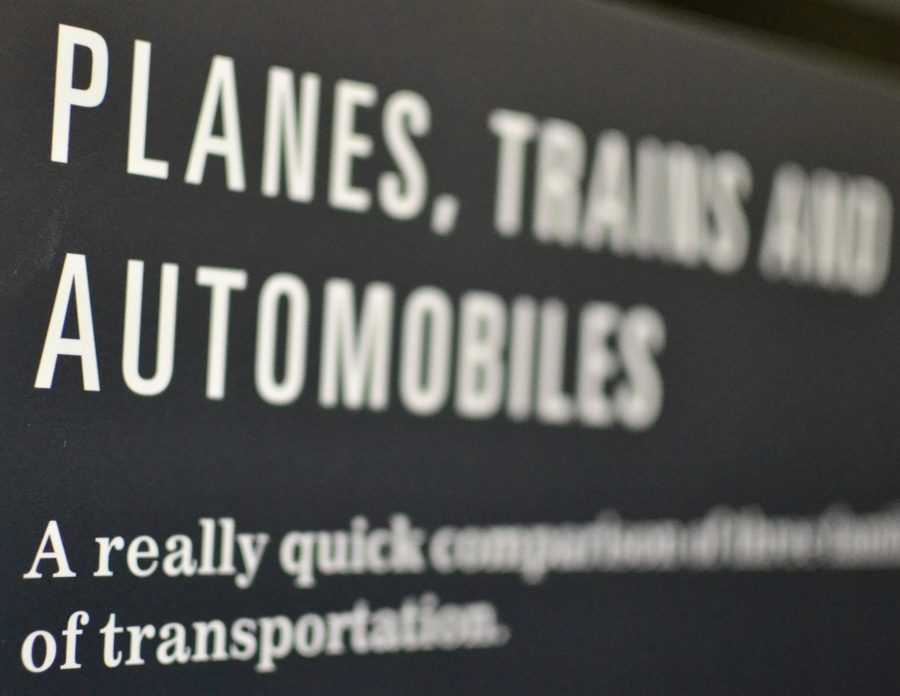 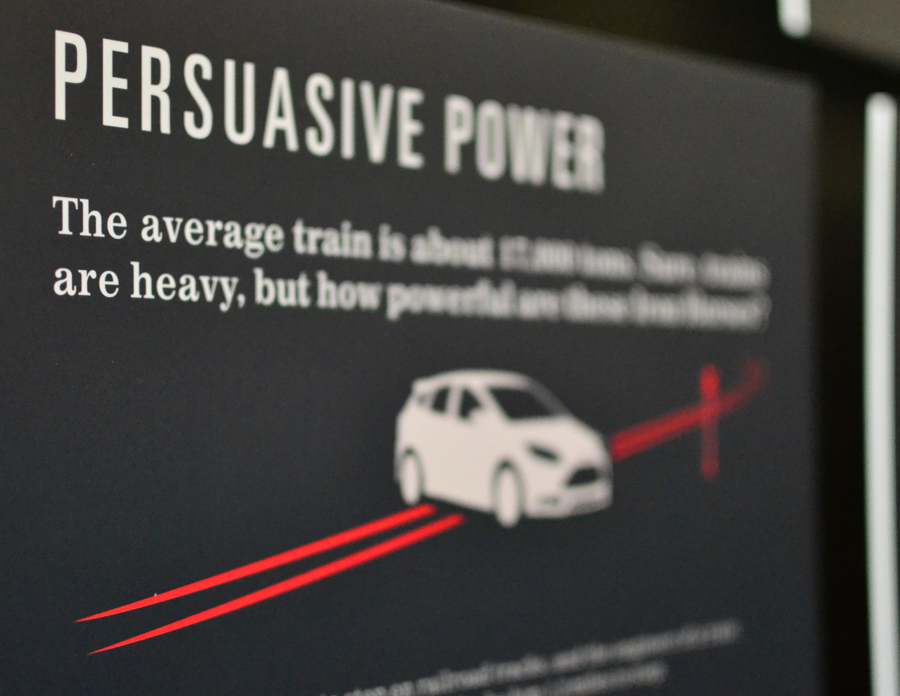 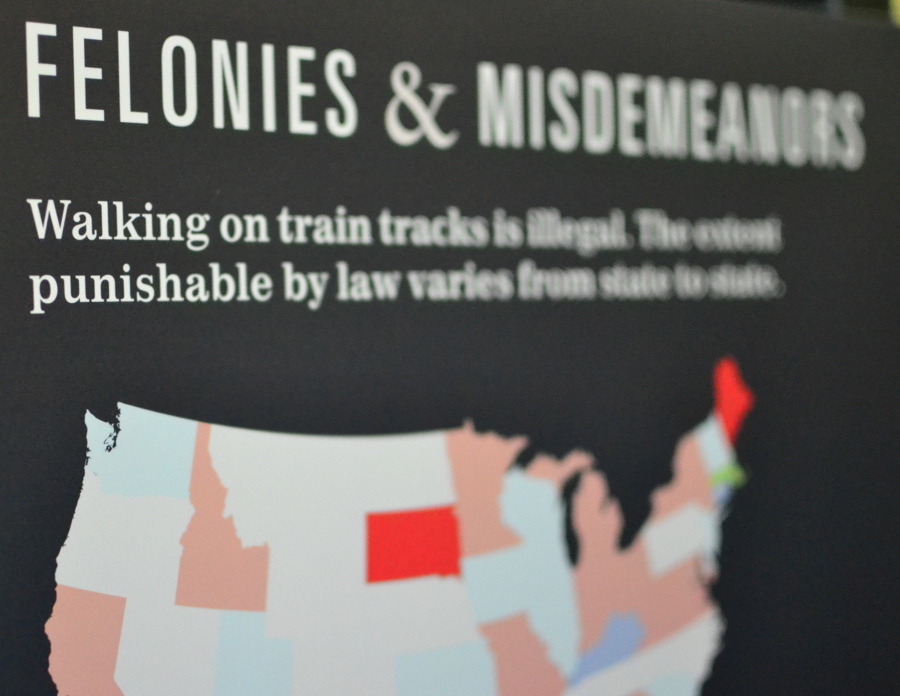 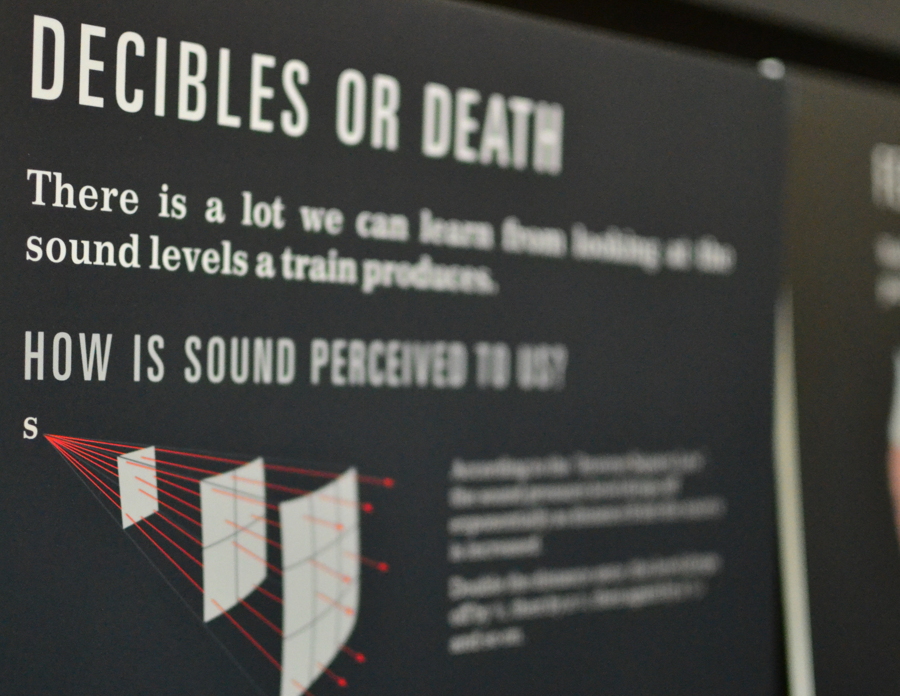